Alan Ashcroft waited a long time for his Cap - fifty-nine years in fact! For three decades at the College, Lerpoolians with any interest in the game of rugby football were inspired by the presence on the staff as Head of Art and Rugby master of "Big A", Alan Ashcroft, a colossus of English rugby during the 1950s and 1960s. A stalwart No8 forward for, among others, Waterloo and Lancashire, this proud son of St Helens won 16 caps for England - a high number in his day - and played in two tests on the lengthy British Lions tour of Australia, New Zealand and Canada in 1959.

The submission by Jasper Bartlett (1974, Howson's) of the above photograph and article of the 1974 XV's reunion held in 2019 caused the editorial team to reflect upon the College's good fortune in having one of the heroes of English rugby to guide its aspiring rugby players on their rugby journey and to be further 'guided' into joining Waterloo Football Club, as it was called in those days; now known as Firwood Waterloo RFC.

In August, "Ned", as he was affectionately known in the game, passed his 90th birthday and The Lerpoolians salute Big A, both on reaching such a significant milestone and on his outstanding rugby career, which saw him captaining the Waterloo 6th XV well into his fifties. 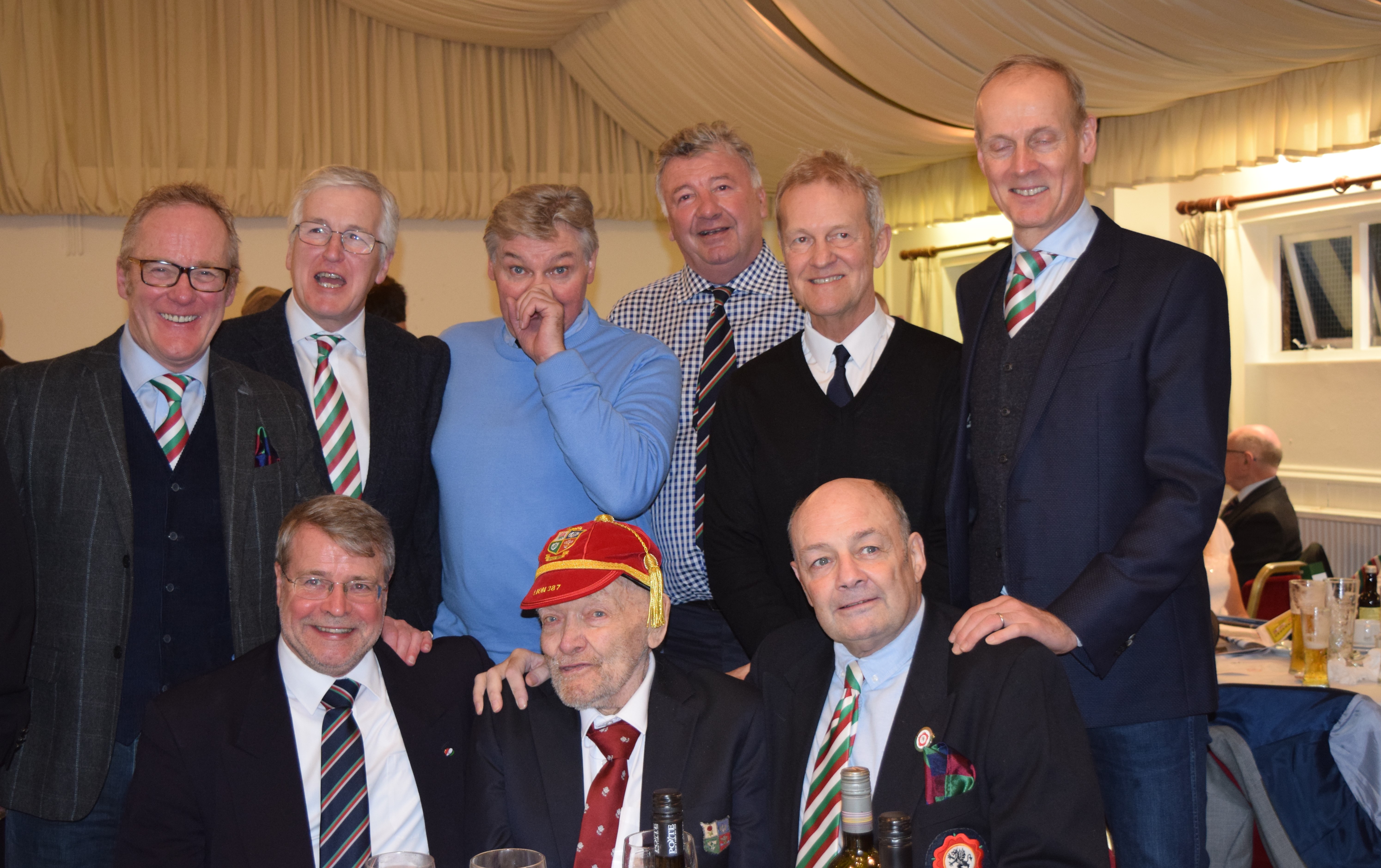 Surrounded by some former College players in 2019, Alan Ashcroft proudly shows off his British Lions rugby cap which had been presented to him at a former players' lunch at Waterloo FC. Is S A Roberts here / does anyone know where he might be? Hot on the heels of our story about Brian Epstein, Andy Barr (1960) recounts how the skiffle group he was in almost hit … More... Extracts from the Principal's newsletters, October 2020

Each week the Principal writes to the school. Here are extracts from those letters which we feel may be of relevance to … More...